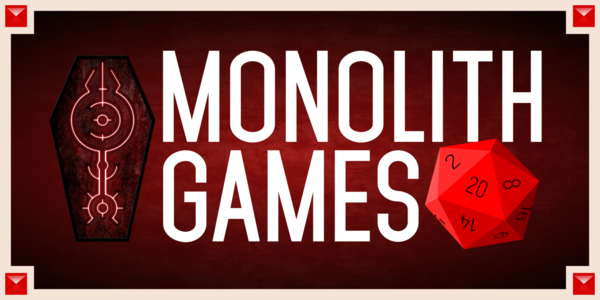 Monolith Games is Siloam Springs, Arkansas local tabletop gaming headquarters! We are a small business owned by husband and wife, but we consider all of our patrons part of the Monolith family!

We're still recovering from global shutdowns in 2020, so we will have limited stock available online for purchase.

If you are local we invite you to come check us out! As a small business, we truly appreciate all our customers and hope you find a safe space here in our awesome community! 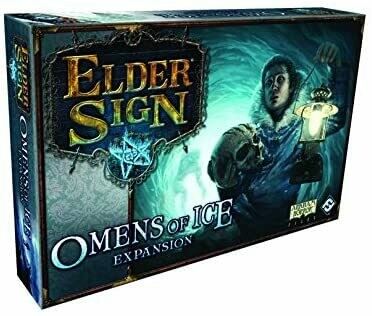 of Ice, an expansion for the cooperative dice game Elder Sign. Deep in

the Alaskan wilderness Ancient Ones are awakening whose diabolical

forces cannot be fought within the safe confines of the Arkham Museum.

You must brave the Tundra, solve the mysteries of native Inuit

traditions, and make the treacherous ascent up the mountains of the

Alaska Range. There, wild animals and monsters are far from the only

dangers you'll encounter, for frostbite and starvation are among the

of sixty Alaskan Adventure cards. They open up locations across that

frozen territory, where three new Ancient Ones threaten to awaken, and a

new deck of Mythos cards makes midnight more terrifying than ever. For

the first time in Elder Sign, the season matters as much as the time of

day, and you can choose whether to take up your quest in the summer sun

or, for a greater challenge, the winter dark.".

Save this product for later
Display prices in: USD

Monolith Games believes that games are better played with friends! Our physical site in Siloam Springs, Arkansas has a large gaming area with tables ready to host you and your family and/or friends for board games, TCGs, Dungeons & Dragons, and more! We host FNM every Friday and hope to add more TCG tournaments in the near future. We are also excited to announce that we have 4 full size Warhammer tables that are perfect for epic battles! Whether you are a fan of 40k or Fantasy, we have miniatures and accessories including books for purchase! We hope that Monolith Games will soon become your choice place to hang out, make new friends, create new experiences, and challenge new rivals. We are so excited to meet you, and always excited to see familiar faces! 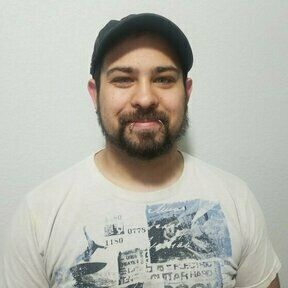 "I have traveled throughout the majority of the USA and there is no place I have loved more than Siloam Springs. Me and my family stopped here back in 2010, and I went to school here for the better part of my life. My class was the first one to graduate from the new Siloam High building, and no matter where I go I have always come back to this town that I love. When I went to school here I felt like there was something missing; a safe space where teens were able to hang that wasn’t Wal-mart or just your friend’s houses over and over. While traveling, that little fact still weighed on me and I started looking around. I moved to Phoenix, AZ in 2017 and that's where I found a shop that might fit the puzzle that I was looking for. Once I saw that shop I knew what Siloam was missing! This was a spot where people can hang out, play their games, and have fun - maybe even pick up a new game they have never heard of; and above all - be themselves! This is what I wanted to bring Siloam and why we moved out here to open Monolith Games."

Monolith Games is located in beautiful downtown Siloam Springs, Arkansas. Just a bit up from Pour Jon's, please feel free to bring , snacks, or drinks to enjoy while you play with friends or family!